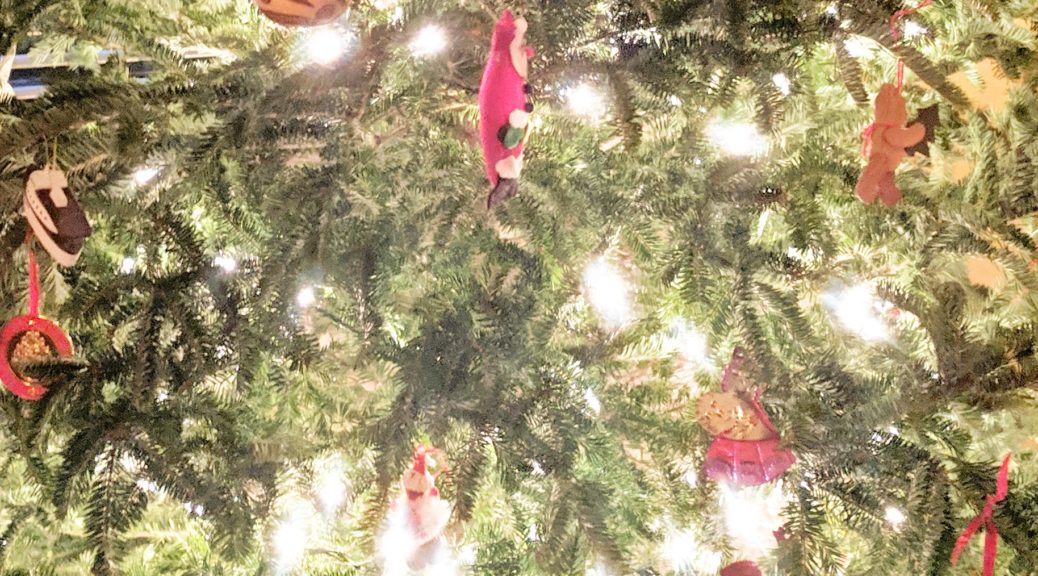 I’ve noticed atheism is occasionally like Crossfit or veganism in that when one ascribes to one of these lifestyles, they have a hard time not shutting up about it. It’s for this reason I get annoyed with much of my fellow godless swine. Sometimes, non-believers confuse having a lack of a god with the need to be a complete asshole to those who do believe in such things as miracles and spirituality.

Let me clear the air by first saying: I do. not. think theists are dummies. Nor do I believe they are all homophobes, Republicans, or conservatives. In fact, I’m often a staunch defender of theists because I know a good many of them who are quite a bit smarter than me on a lot of matters. I simply believe that when it comes to religion, spirituality, and theism, that we each need a framework to process our view of the world. For some, that means the belief in a higher power. Others find their understanding elsewhere.

Christmas is one of my favorite holidays. I love the lights, the tastes, the smells, and the scarves. I love the chocolate pie and Carol of the Bells (the Trans-Siberian Orchestra version, below).

I’ve been in Bethlehem on Christmas Eve and I grew up receiving twenty dollars every year from my Jewish Grandpa Sam and Grandma Dora for Hannukah, a reminder of where half my family came from. If my Jewish grandparents can celebrate their traditions with me, knowing my parents chose to raise me as a Christian, and if the little Muslim children in Palestine can dress up as Santa and wish me a Merry Christmas because celebrating is just a fun thing to do, then I get to embrace the holiday as I please.

A certain brand of Americans right now – and I think we all know who I’m talking about – enjoy accusing the rest of the country of taking the “Christ” out of “Christmas” and they like to pretend that the “reason for the season” is on the verge of extinction if we don’t fight for our right to put the nativity scene on Starbucks cups, or whatever. Personally, I think it’s more important to support local coffee shops than care about how Starbucks chooses to decorate their ventis.

Christmas has its roots in a lot of different traditions. We’re all familiar with both the Christian and pagan histories. Apparently, it evolved from just a celebration of winter to a celebration of the Messiah’s birth. Whatever. We live in a time when Christians can incorporate Santa into the holiday and atheists get to say “Merry Christmas.”

Christmas, for me, has become especially fun in the past eight years as my brother’s family has multiplied and children have been reintroduced to the Kurtz way of doing things. I cannot tell you what a stressful delight it is to watch my nephews tear into a gift they don’t need and eventually throw a fit because they’re overstimulated and the excitement of the day has finally caught up with them. And they do it all in matching pajamas. They’re adorable, they’re squeaky, they’re anxious, and they’re doing it all in the same spot I shrieked when I was seven and surrendering myself to the throws of materialism.

Tree is done, Sugar Plum Fairy has been played, and Love Actually is about to kick off. It's officially Christmas at the Szymanski Kurtz House. . . . #maplethebear #smudgethefox

I’m rotten at giving people things because I don’t understand that part of Christmas. I don’t like being forced to spend my precious few dollars on a thing that my beloved family member may or may not need. I prefer to only give them things when I spot something I know they’ll like. Otherwise, my family has come to expect nothing from me.

As an atheist, my love for Christmas is found in the appreciation of the beauty of the season. It is so culturally rich, a testament to a society-wide desire to make the world happier.

And, truly, I don’t like the Santa part of it. It’s unappealing to me to encourage this fantasy with children. The Elf on a Shelf phenomenon seems to add an additional burden of stress to parents already stretched thin due to the demands of the season. These sorts of things bother me because they don’t encourage imagination; they just trick children. Call me a Grinch. I remember feeling guilty when I was eight- or nine-years-old and thoughts first began cementing that, maybe, it isn’t a coincidence that Santa, the Tooth Fairy, and my mom all have the same penmanship. Nobody told me it was okay to think those things. Pretending Santa was real stopped being special for me nearly twenty years ago. For a while it just felt like adults wanted me to be cute for tradition’s sake, and now it feels like propagating the things-obsessed way we’re meant to express our love.

As the trip to #paris looms ever closer, I've begun the preparation process. I plan on fitting everything for the five-week trip into my #tombihn backpack. I swung by #target today to pick up the essentials. This trip I'm going to experiment with packing squares for the first time. T-minus six days! . . . . #travelblog #travelgram #packingtime #vacation #tjmaxx #instatravel #traveltheworld #explore #discover #international #iseelondoniseefrance #flatlay #travelideas

I also get it. It feels good to receive a well-intended gift and it also feels good to give one. Showing our love through the giving of things isn’t the problem, really. I have been so moved this season through gifts provided by regulars at the restaurants: candy, trinkets, and gift cards have all been given. My aversion is to the “forced” part of it. The Santa part. The yet-another-trinket-you-don’t-need part. I am unoffended when I don’t receive a gift from a loved one because I’m quite offended when I receive a pointless gift from a loved one.

I’d much rather be told I’m loved, or handed a gift card to my favorite coffee shop, or given the gift of a conversation about how to promote well-being in underdeveloped countries.

Anyway, you can tell your racist uncle this atheist says “Merry Christmas” and that he isn’t half the victim he thinks he is.

2 replies to “The Atheist’s Christmas”