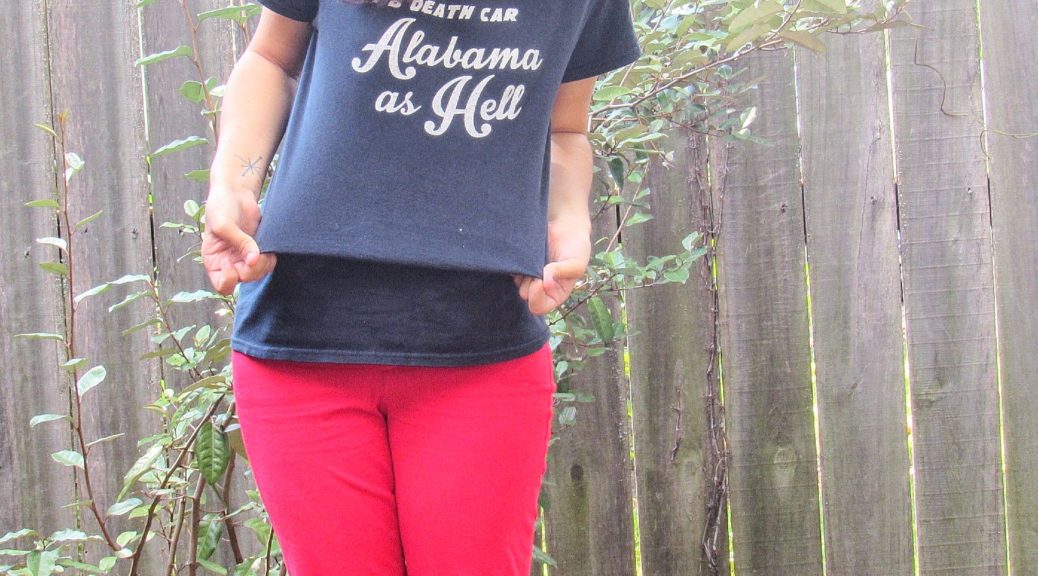 As an Angeleno with a huge crush on Montgomery, Alabama, I regularly try to convince people that Montgomery doesn’t, in fact, suck. Part justification of my own behavior and part personal goal to convince the world there’s something beautiful to be found everywhere you look, I have unintentionally branded myself as Montgomery’s number one cheerleader.

But today it sucks.

Two days ago I chatted with a stranger and the unavoidable conversation came up. “So, where are you from?” I need to start lying about my origins because my defenses are quite stale. “I love Montgomery. It’s not so bad. Los Angeles is overrated. Montgomery thinks they have bad traffic but let me tell ya.” The stranger, a native to Montgomery, countered that I’ll inevitably get sick of this place because there’s nothing to do. He said it’s only a matter of time before I miss celebrity sightings and beaches. He, like so many, thinks Montgomery has nothing to offer.

Forgive me for being so bold, but he just doesn’t know where to look.

After a number of conversations with Montgomery’s most attractive socialites (aka my friends), it seems the city needs a dedicated space to look for entertainment. And what better spot than on this fangirl’s personal blog? I spent the weekend developing a calendar of events in Montgomery to prove that there actually is stuff to do here. Which made me realize there’s loads more happening than even I realized. This place isn’t as bad as you think!

Now, don’t brush me off as an infatuated, rose-colored-lens spirit squat nut case just yet, Montgomery. I see your pimply flaws too.

This whole city has only two sit-down, non-Starbucks coffee shops. Two! As someone who works from a computer, it’s awfully frustrating that my options are this limited. And today my options are nonexistent. Of the two coffee shops: one doesn’t have WiFi (and is changing locations this weekend, so internetless work isn’t even an option) and the other is closed on Sundays.

There are plenty of other places to camp out at, like Panera and Starbucks, but as a lover of Montgomery I’m also a lover of supporting Montgomery businesses. But apparently I’m the only one because major franchises have more than enough incentive to set up shop here and squeeze mom-and-pops out. The locals are eating that shit up.

In Montgomery the further East you go, the further into California you get. It annoys me. The East side of Montgomery is home to a massive outdoor shopping mall that looks like it was dragged and dropped from anywhere else in the country. Old Navy, JoAnn’s Fabrics, Target, and Victoria’s Secret are among the many massive chains found here. Friggin’ Del Taco even had a brief stint (but Alabamians don’t understand Del Taco so it didn’t last). This shopping mall is surrounded by new housing developments that look just like the ones I left back in Southern California.

I’m writing this post from the East side because my only local coffee shop option was closed today. Some days I’m grateful for the shops out here, but often I’m irritated that there’s such a lack of interest in developing the city’s character. I crave character.

Here’s my socio-political jab you knew was coming: Montgomery is a conservative city in a conservative state. Conservatives say they like small business and working class, but in practice it appears they’d rather spend their money supporting the wealthy. In Montgomery they don’t seem to be putting their money where their mouth is. I’m not trying to say all conservatives are hypocritical, but I’m kind of living in their mecca right now and there are SEVEN Starbuckses* here and two local coffee shops.

Measuring solely by the coffee shop standard, the behavior doesn’t match the rhetoric.

I’m told time and time again that I’m supposed to like Los Angeles more than Montgomery, but I really don’t. Montgomery is my favorite, despite its devastating lack of caffeine. I just need to convince everybody else to start shopping at local businesses so I can get more coffee options.

That’s all my naive soul wants. Is that so much to ask?