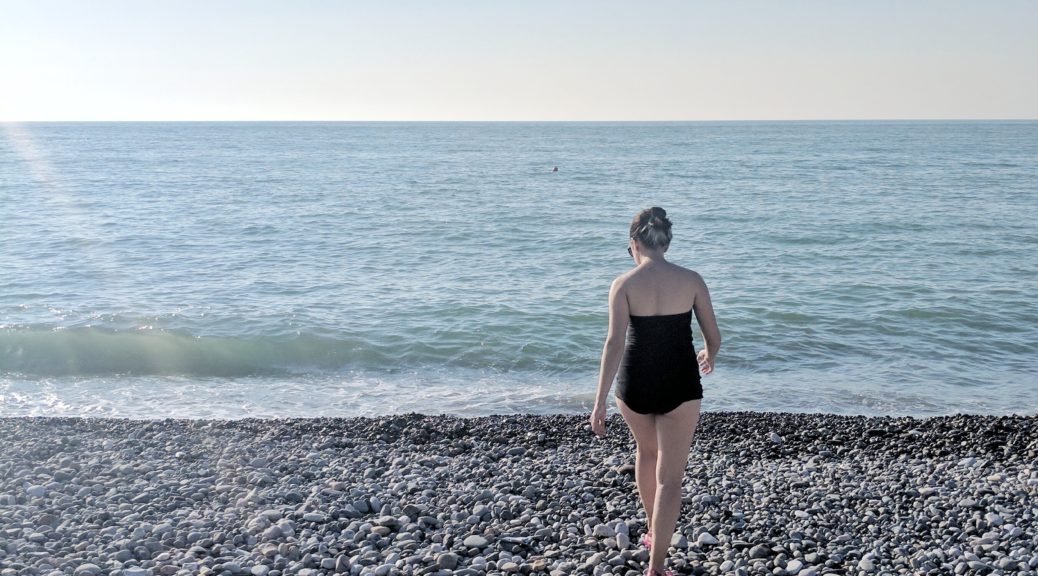 They, whoever “they” are, say the challenge of diving is 75% mental skill and the remainder is physical ability. I was on the varsity diving team in high school and competed in exactly one meet, thereby earning myself yet another patch to add to my letterman’s jacket. My best dive was the inward flip: you begin on the edge of the board, hands over your head, facing away from the water. Swing your arms up and around as you jump off the board, backwards, and flip forward towards the board. The trick is to not die while jumping backwards and flipping forwards.

I was a subpar diver for the single season I graced the varsity team with my presence. I had my back dives, my twists, and my miserable looking pikes. We practiced and competed on the one-meter, but one time I semi-successfully jumped off the three-meter by employing a front flip that suffered a half rotation too many. I popped up from the water grinning, sore, cocky, and not willing to admit to the epic back flop I had just produced from the miscalculated rotation. I was high, though, from the thrill of the jump.

A vital requirement of entering water by doing stupid shit is to turn off your brain…that, and maybe a death wish. It is counterintuitive to run barefoot on a slippery surface and willingly jump into a pool of water by leaping, let alone intentionally adding dangerous flairs. Like inward flips, cartwheels, or dolphin dives.

I’ll be the first to admit: I’ve never heard of anyone cracking their skull open and dying because their brains fell right out of their noggin after a brash decision to jump. But that’s a practical observation, and practicality doesn’t apply when you’re in the act of taking the plunge. It’s scary. It’s exhilarating. You aren’t 100% sure you’re going to make it. You’ll be the first of your friends to die because you belly flopped too hard. Even if we were to contemplate the situation with a realistic eye, chances are exceedingly high that a minute mistake could cause you to get banged up pretty good.

I could do the inward flip because I figured out how to turn off my thoughts and just go for it. My other flips were too thinky. The superhighway of anxiety that is my brain paid too much attention to the stupid thing I was doing, ultimately stopping me from ever getting even the chance at perfecting the other flips. My backflip nearly always twisted over my left shoulder and I couldn’t rotate far enough on my front flip. My reverse flip resembled a too-weak-to-compete diver at best, and a hurling ball of flailing limbs at worst.

But somehow, for the inward, I got it. Don’t ask me how, but I did. Give me a diving board today and I am confident my bones will still remember the move.

It was a mental hurdle. I was small, flexible, and moderately strong as a seventeen-year-old, thanks to years of training in the ballet studio. There was no reason I shouldn’t have been able to tackle every single flip my coach demanded of me. But I couldn’t, because diving isn’t a physical challenge. It’s a mental one. And so I couldn’t do the other flips, but the inward? It was mine.

I booked a trip to Paris. I will be there, by myself, for the whole month of January 2019.

The feeling you get when you have the audacity to buy an extended-stay, solo, international trip is not so different from the feeling that exists in the space between the moment you fully commit to jumping and the moment the first follicle on your skin feels your body gracefully (or not so gracefully) entering the water. You hold your breath, you don’t think, and you do what you want to do.

You buy the damn ticket to Paris.

You inward dive right into it. There’s no other way to get where you want to be and no proper explanation for why you’re doing it. You jump backwards, flip forwards, and buy a ticket to Paris because you want to.