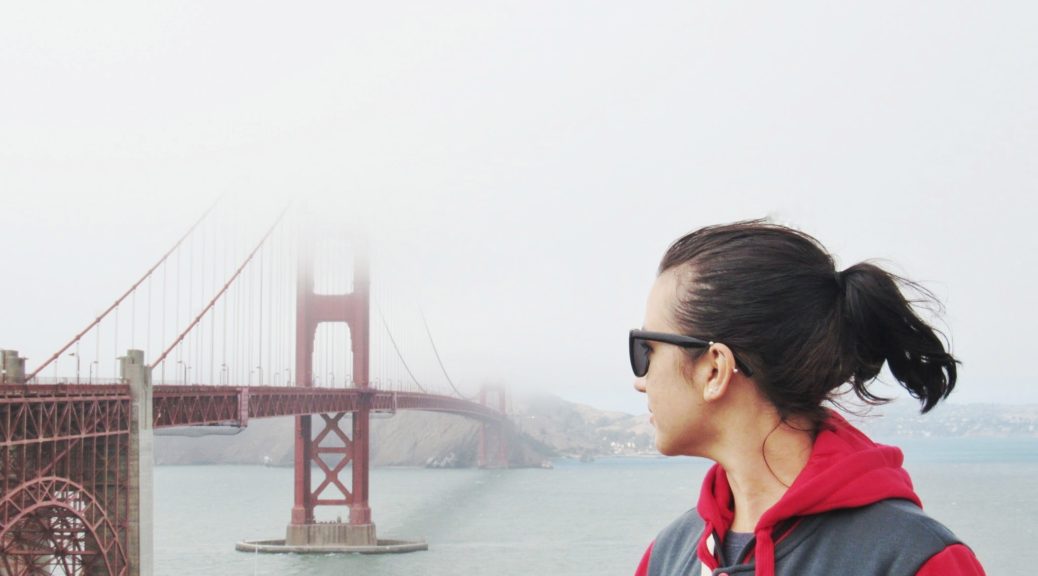 I’m approaching a rare moment that not everyone is so lucky to encounter. It’s the sort of moment that I statically yearn for, quietly hoping for an entire upset to the status quo. I am “getting away from it all.” And the only way to do that, for me, is to abandon all familiarity for an extended period of time.

I forged this opportunity back in July when my travel bug was feeling extra antsy. I addressed the itch by booking a solo trip to Paris for an entire month. I leave in three weeks and the reality of this crazy, slightly stupid, bold decision is settling in.

Preparation for my departure looks like letting go. I’m combing through my possessions to get rid of what I’ve slowly accumulated over the course of having lived in one spot for a whopping year and a half (!!) for the first time in…a decade? I want to return with the opportunity to leave again; the fewer things I have, the more manageable my entire life is. I’m throwing things away, addressing the sewing pile, donating what’s still good, and making honest assessments about how precious my precious junk really is.

This week I am facing one final paper. If all goes according to plan, it will be my last act as a Master’s student. I am still awaiting my final grade for my capstone project (it’s like a thesis, but shorter in scope and completed over a smaller period of time). My only possible approach to the next five days is to hold my breath that I’ve passed everything. If not, then I’m still a student for another four months. I’m not nervous, you’re nervous.

Work at the restaurants is winding down as my last schedules before the Great Departure are being released. I don’t know what my career will look like once I’m Master Liz, but I am thankful for positive relationships with managers who aren’t interested in firing me upon hearing the news that I’m ditching town for five weeks.

I will first leave for Los Angeles in time for Christmas with the family. After a week of embarrassing stories, familiar faces, and nephew-wrestling, I fly directly to Paris. I’ll stay in my own apartment, complete with private rooftop and a view of the Eiffel Tower. I get one month before I step back into reality via Montgomery, Alabama. What better way to cap a Master’s degree in International Relations than to have a quarter-life crisis in France?

And I can’t wait. Here’s hoping I actually passed all that schoolwork.

One reply to “Abandon Everything”