Here in Montgomery, Alabama there is a Baptist church located a literal stone’s throw away from the capital building. And, unlike all of those people who say the word “literally” and don’t actually mean “literally,” I have witnesses that can validate the truthfulness of the proximity of this church in relation to the state’s capital.

Dexter Avenue King Memorial Baptist Church was host to Reverend Dr. Martin Luther King, Jr. when he was a preacher. MLK preached against racism literally across the street from where state laws that support racism were born.

My white friend, Daniel, and I attended a service at King Memorial together last week.

I expected to find a primarily black congregation with a few sprinkles of white folk here and there. I expected a chocolate cookie with a few white macadamia nuts. And I definitely expected it to be packed.

I expected tourists of all colors and backgrounds.

I expected rainbows and unicorns and peace symbols and a serene, divine experience.

Dressed in our Sunday best (or is it “Sunday bests, since there’s two of us? I didn’t major in English), we walked in. We were greeted at the door by those very well-dressed male ushers that seem to be present at the front doors of every church (shout out to All Saints Riverside, who has the best-dressed ushers I have ever known). We received a bulletin and walked in.

So far, so normal.

The church was less than half full, about 60 people in attendance, but nonetheless full of life. All ages and sizes could be found throughout the pews. The mint-colored walls that were absent of the adornments I am so familiar with was different for me. The casual ceremony and the lack of a formal procession was new, too. The preacher was male and wore a black shirt with a white collar.

The service was lively and full of soul. You’ve seen Lady Killers, right? It was just like that. It was just like any movie you see where the preacher is shouting and sweating and the gospel choir is singing while clapping and step-touching. It was just like those movies where members of the congregation shout “Praise the lord!” and “Yes, preacher!”

It was fun. It was alive. It was spirit-filled.

And with the exception of Daniel and me, everyone in the room was black.

Dexter Avenue King Memorial, where Dr. King so bravely preached against segregation, is a black church.

Daniel and I were the only macadamia nuts.

Why were we, as guests, the only white folk in the room?

What is it that is so fundamentally different about “white culture” and “black culture” that they would rather worship the same God separately than together?

I think that’s what it is, really. A culture difference. White Baptist churches have a different “feel” to them than black Baptist churches, and folks would rather worship with like company.

But let me tell you, everybody in the whole dang church was so dang warm and inviting. The preacher was delighted that Daniel is an Auburn fan. An elderly lady needed to know where I got my shoes. The preacher invited all guests to stand up at announcements and announce themselves.

“My name is Elizabeth Kurtz and I’m from Glendora, California, and I am a member of Saint John’s Episcopal in La Verne, California,” I said. Represent! The congregation ooh-ed and ahh-ed (how do you spell “ooh-ed and ahh-ed?”) at my foreignness and nodded in approval of the presence of myself and the white Methodist I brought with me.

We were invited back. We were told we had a home at Dexter Memorial. I’m sure we weren’t the first whites to have this experience, so why does it appear that no other macadamia nuts come back? 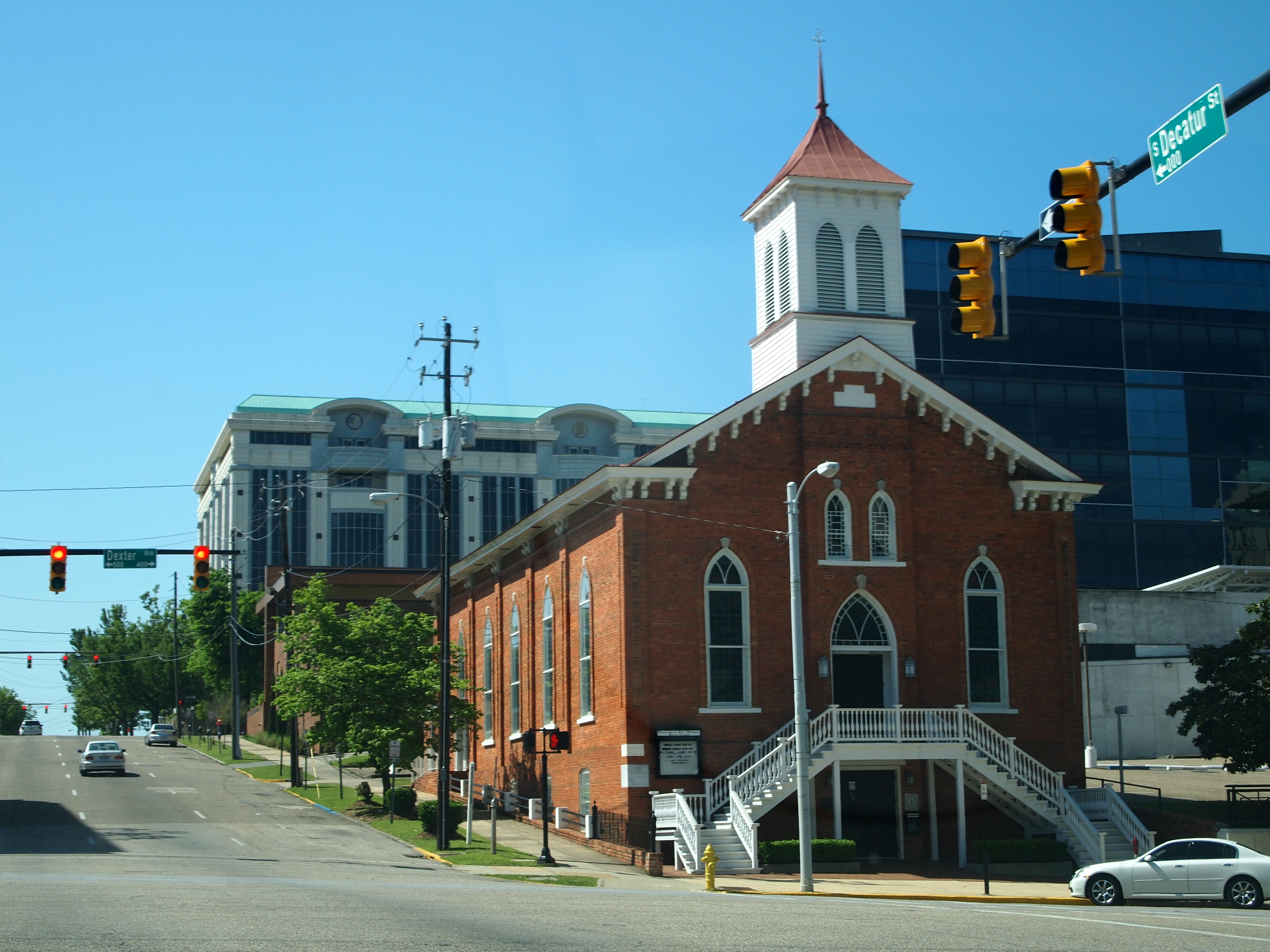 The separation of whites and blacks in their worship spaces is not quite racism, but it’s not quite classism. It’s cultureism (can I copyright that word? Can we get that in political science textbooks?). They want to worship separately, because their cultures are fundamentally different.

I don’t think racism is really that blatant anymore. But I do think there there is a pretty clear culture divide that still exists between those of different races.

That’s my theory, anyway. Maybe cultureism is a form of racism; I’m not sure.

When you find that Dr. King’s church isn’t the “melting pot” that America claims to be, one can’t help but wonder what is going on.

One reply to “My Experience at a Southern Black Baptist Church”