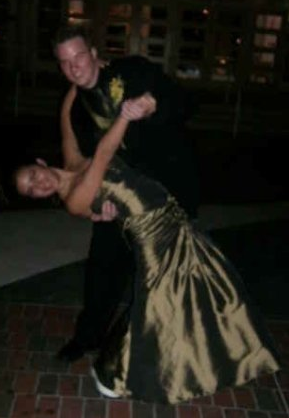 With my 5th grade crush, Tim, at our senior prom.

When I was 6, I was named “The Most Reverent” in my first grade class.

When I was 10, I switched schools from Sonrise Christian School to Washington Elementary. Fifth grade was the first time I both told a boy I liked him (he later became my senior prom date…hi Tim!) and stood up to a teacher who I thought was underqualified. Little did 10-year-old me know, but for the rest of my life I would find myself calling out teachers and making the first move on boys I was interested in.

When I was in 7th grade, a group of angry parents protested an extra credit assignment that my history teacher gave us. The task was to participate in Ramadan, during school hours only, for 3 days. I was so affected by their ignorance and unnecessary anger that I began practicing Ramadan in its entirety almost every year since then. Take that, stupid parents.

When I was in 10th grade, I made the advanced dance team and earned my first varsity letter. I stayed on the team for two years and earned another letter when I made the varsity diving team my senior year.

Also when I was in 10th grade, I found myself in several meetings with my history teacher, my academic advisor, and my mom because I found her assignments to be irrelevant and unnecessary.

When I was a senior, I found myself struggling with my relationship with my history teacher again. She said if I tried harder, I’d enjoy her class. She said if I dropped her class and joined the standard-level class (hers was college-level history), I would be bored. I did not respect her as a teacher and I was not interested in the subject, so I dropped her class in exchange for the standard-level option: one semester of Civics followed by one semester of Economics. I ended up majoring in Political Science, and the foundation set for me by the standard-level teachers was more valuable than anything she gave me as an AP Global History instructor.

I was accepted into my first choice university, SUNY Potsdam, my senior year of high school. Because I did not have the funds to make that transition, I stayed at home to complete my general education requirements at Mount San Antonio College.

Mt. SAC was home to 60,000 students and it was virtually impossible to sign up for the classes I needed. I tried 7 different times to get into Intro to Political Science before I finally got a seat. It was one of the best classes I have taken. I took roughly 18 credits a semester and worked 15 hours a week. I attended classes in the morning, went to work in the early afternoon, then went back to school for a night class…every single day. I finished my GE requirements in 3 semesters and saved up enough money to relocate to upstate New York.

At the age of 19, I did what every 19-year-old dreams of doing: I moved out and went very far away. The State University of New York at Potsdam was 3,000 miles away from my parent’s house in Glendora, California. Many people ask why I did it. Are you kidding me? Why did you stay close to home when you went to college, then complained about how much you wished you had adventured more?

I continued to take an average of 18 credits a semester during my time at Potsdam while holding down two jobs during the majority of my time spent there. I never lived on campus and I never had a meal plan because, unlike most of my peers, I could not afford it. 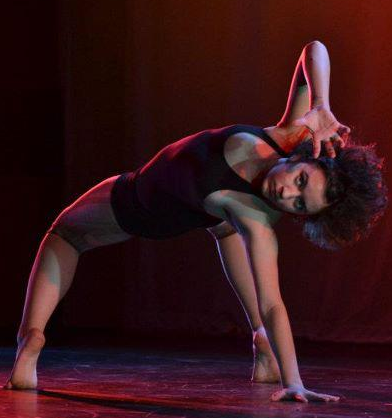 I was a dance minor at Potsdam; I dropped it just before I graduated.

During my busiest semester I took 23 credits, was dancing 7 days a week for two different productions, and was holding down two jobs.

During my time at Potsdam, I was awarded the Kilmer Undergraduate Research Apprenticeship Award. I was one of the first Politics majors to ever receive the award. For a semester, I ran data and compiled a report on the effects of media framing on public opinion. I received a perfect grade on the project.

At the conclusion of my last semester at Potsdam, I received a perfect score on my senior project and was offered a job at the research institute on campus, which paid $30,000. I had graduated in 3.5 years and paid my own way (with a bit of help from the parentals, of course) to be there.

I did not walk in a graduation ceremony because I did not want any members of my family to pay the extra money to fly out to see me.

I turned down the 30k job offer and moved across the country again, this time to Montgomery, Alabama. I chose to dedicate a year of my life to community service through AmeriCorps. I get paid at the poverty line and work 40+ hours a week.