It has been roughly 10 months since my AmeriCorps term ended, leaving me with what I think is probably adequate reflection time on the value of my experience as it relates to the “real world,” AKA life after serving with AmeriCorps.

There are a lot of not-so-sexy things that no one told me before I joined. Sure, everyone I spoke to told me it was going to be a rewarding experience and that it was a chance to really make a difference for America. And I think that, in most ways, they were right. Unfortunately, there’s a lot of junk that comes with your AmeriCorps experience that I haven’t really noticed other service members talk about.

And so, because a few of my good friends have recently signed their lives away to join this awesome program (shoutout to Nurse Ian, among others), I feel it necessary to talk about my experience a little bit, in case any one else wants to join. Or in case anyone else is scratching their heads wondering what, exactly, AmeriCorps is.

Before I get going, I should say that the inspiration for these bits of advice comes from mine and Daniel’s combined three years of AmeriCorps service with State & National and VISTA, and so if you are considering doing NCCC, these might not all apply to you.

Also, if you don’t know what AmeriCorps is, here’s a great place to learn about it.

1. First off, Americans haven’t a clue what AmeriCorps is.
I cannot stress this enough. The program just celebrated its 20th anniversary and has hosted over 900,000 members since it’s launch in 1994. That’s about 1 million Americans who have served. But, apparently, the person in charge of advertising the program has done an incredibly sucky job of doing so, because no one has heard of it.

The result is that some AmeriCorps recruiter will lure an unsuspecting 18-year-old into doing this marvelous thing because “it’ll look good on your resume,” and then when you go to get a real job, you cross your fingers that your interviewer has even heard of the program and understands the gravity of what you went through. I have had interviewer after interviewer shrug off my experience because, no matter how I explained it to them, they just didn’t get it.

I even had one lady discredit it on my resume because it was considered “volunteer experience,” as opposed to paid work experience. All of a sudden, in her eyes, the last time I held a real job was when I was changing paper in my college’s library printers for six hours a week for my work study.

2. But really. People can’t even pronounce it.
What ticks me off even more about how little people know about AmeriCorps is that they can’t pronounce it. Somehow, we’re really good at saying “Marine – core” and “Peace – core,” but, for some reason, they look at AmeriCorps and pronounce it “Ameri – corpse.” No. You’re wrong.

3. People will treat you like an intern.
This all goes back to the ignorance thing. For some people, no matter how you explain it to them, they will think you’re an intern…and treat you as such. It’s really hard to do your job when you feel like others consider you to only be an intern. And, sometimes, it’s your manager who treats you that way. For example, a friend of mine had only a brief stint in AmeriCorps because their only job was to file paperwork. Which sucks. 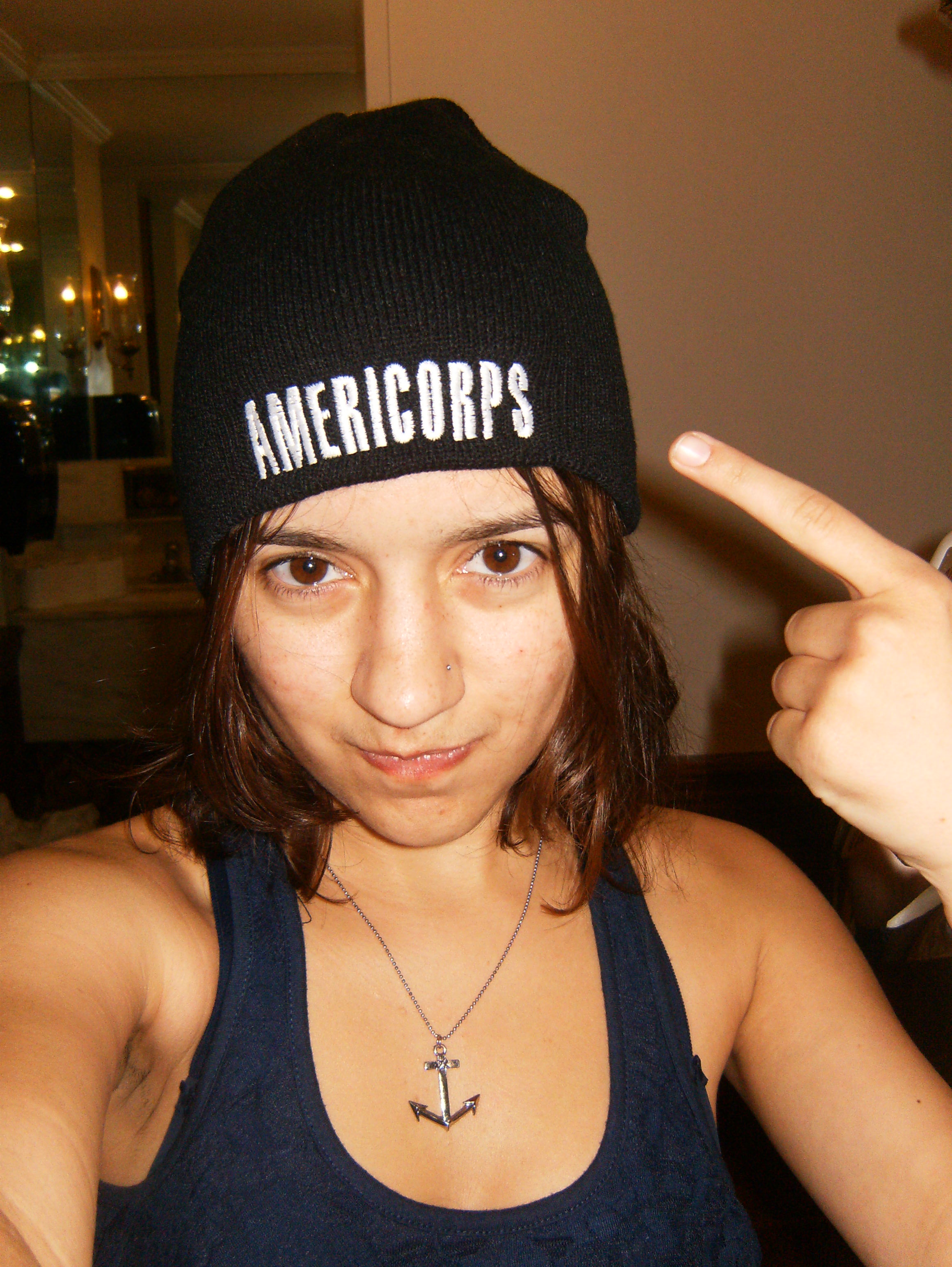 4. Not all AmeriCorps members are awesome people.
Daniel and I have both dealt with this one to extremes. We saw it at our orientations when we were sent to a big city with a bunch of other members involved in similar programs. I joined AmeriCorps because I wanted to do something for America and because I wanted to prepare myself for Peace Corps experience. Many, many others joined because they couldn’t find another job. Which is fine, but they knew what they were getting themselves into, and still bitched about the lack of pay. One of my biggest pet peeves is AmeriCorps members who complain about what they’re getting paid, as if they didn’t know what it was going to be.

Also, during my orientation, I was looking forward to being surround by like-minded women. The type who didn’t care about lots of makeup or spending hours on their hair every day. Instead, I was forced to share a hostel with 10 other girls who wanted to talk about who their favorite Kardashian was.

5. The organization you will serve with will have a lot of unfixable flaws.
No nonprofit is perfect. Especially the ones that hire AmeriCorps members. And your one year of service to them is going to be no where near enough time to fix what needs fixin’. One of the fundamental flaws of the AmeriCorps program is that the reason you’re there is to improve an organization that needs your help, but you’re only given enough time to begin figuring out how you can best help them. Just accept it, and do the best job you can with the time you’re given.

6. A lot of the improvements you’ve made will be tossed aside, or changed drastically, by your replacement.
Sometimes, your replacement just takes what you did, runs with it, and also makes it their own. Which is totally reasonable. But a lot of AmeriCorps members who come in as replacements don’t do such a good job. Sometimes, they ignore what you’ve accomplished, and everything you’ve done goes out the window.

It is a scary thing to hand over your work to another person. Especially because, by the end of your year, you will have such a beautiful vision of what your nonprofit has the potential to become, and you will be forced to leave and let another young person take your place. They will take a few months acclimating themselves to their new environment, and then they will either keep progressing with the work you’ve done, or they will toss it aside and take a completely new spin on the work. For better or worse.

And that’s it. That’s my incomplete list about what to expect when you join AmeriCorps. Naturally, not all AmeriCorps terms will go this way. But it’s at least what Daniel and I have experienced and heard in conversation with other AmeriCorps members and alumni.

I’m not saying you shouldn’t join AmeriCorps. In fact, I think the program needs infinitely more support from both the government and from non-AmeriCorps members. But I do think that those joining should know all of what they’re getting into ahead of time.