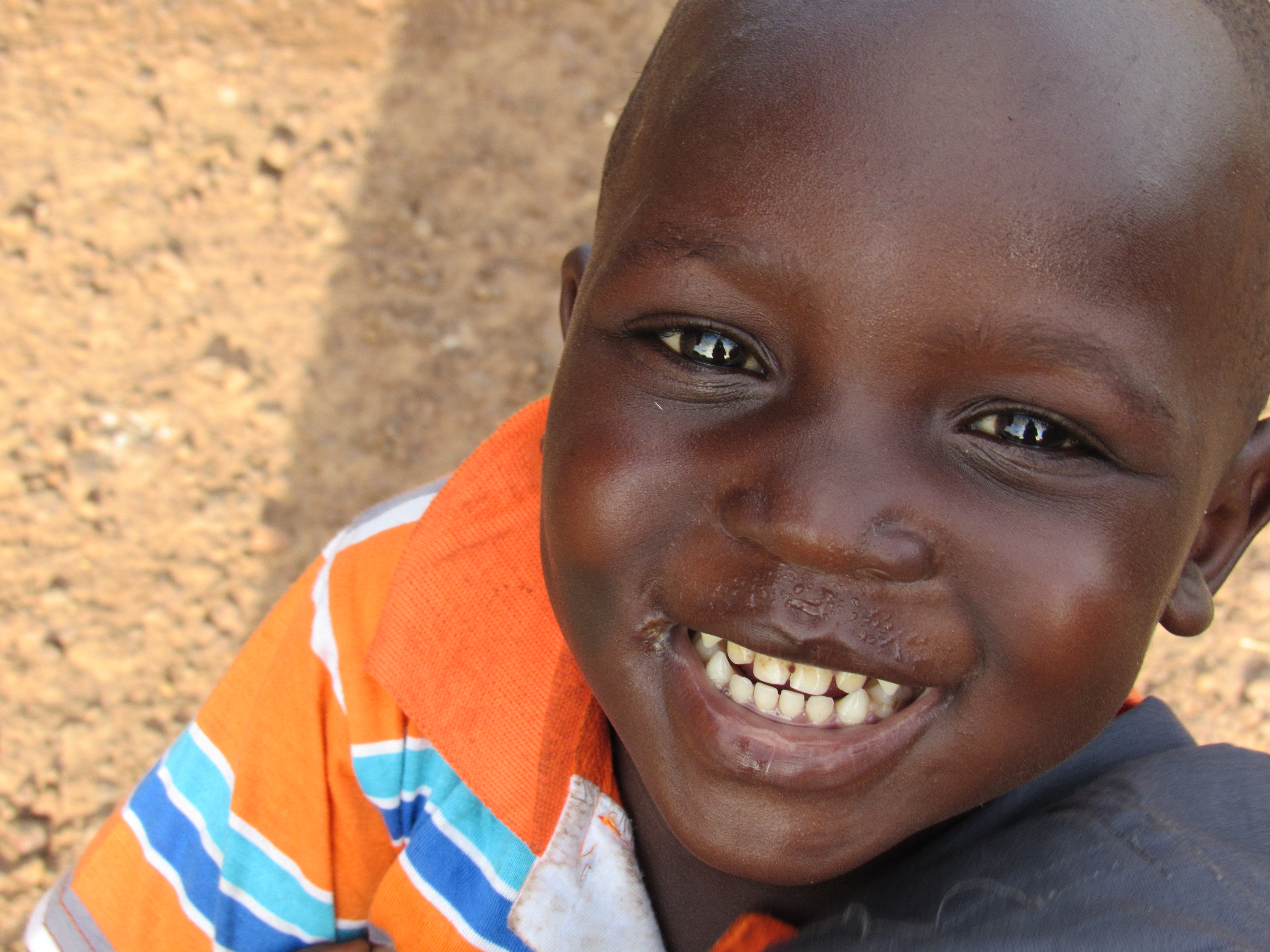 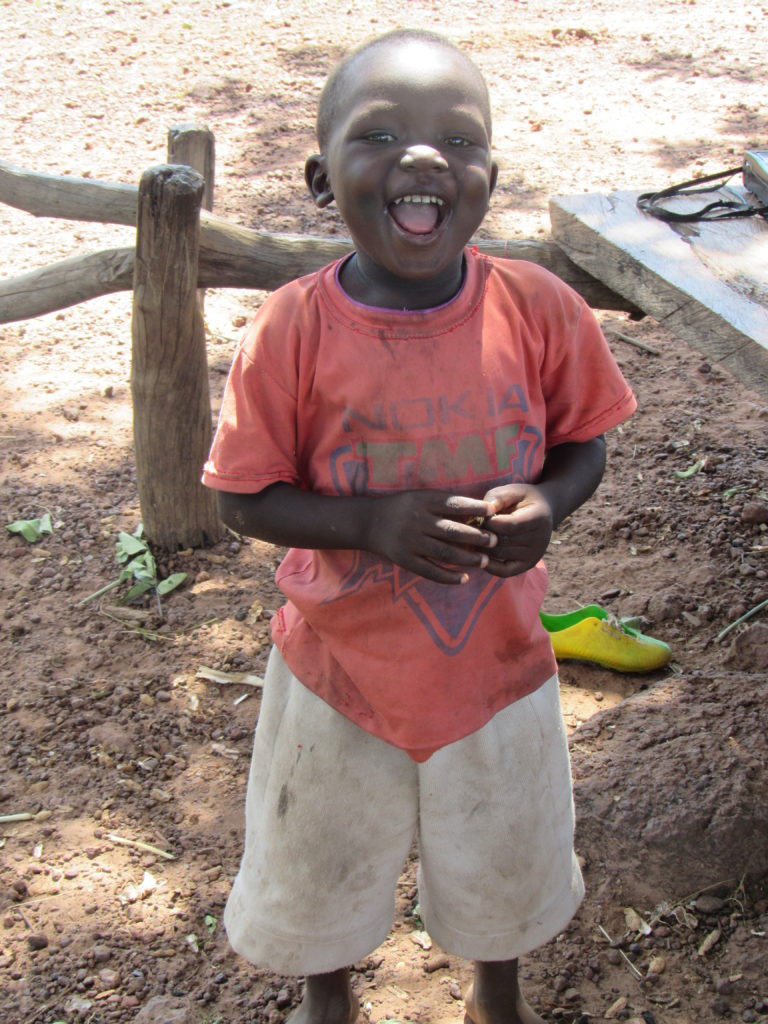 Peace Corps Mali volunteers are always paired with host families. In short, a host family keeps an eye out for the volunteer. They might cook for the volunteer, or do their laundry, or fetch their water. Sometimes, the volunteer lives with the host family, and sometimes they do not. I lived in my own compound across the road from my family. My host family fetched my water and invited me to frequent meals, but I did the bulk of my own cooking and I took care of my own laundry. Beyond carrying my water from the well, the biggest thing my family offered me was friendship, before they even knew they were going to be my family.

The terms used when referring to your host family are as if they are your real family. I had one host family whom I lived with during training and another in my permanent village. Lots of moms, dads, and siblings. I called anyone older than me a mom or dad, and anyone younger than me a sibling. I think other volunteers had more clearly defined host relatives.

Oddly, I had not yet been assigned a host family the first time I visited my permanent village, which freaked me out a little bit. The host family is supposed to take care of you, and I felt very much on my own when I arrived. Three families had volunteered for the task and they wanted to wait until I got there to see who was the best fit, which turned out to be a true gift. And when I say “volunteer,” I mean it. Host families in Mali are not paid to do our laundry or feed us or keep us alive. 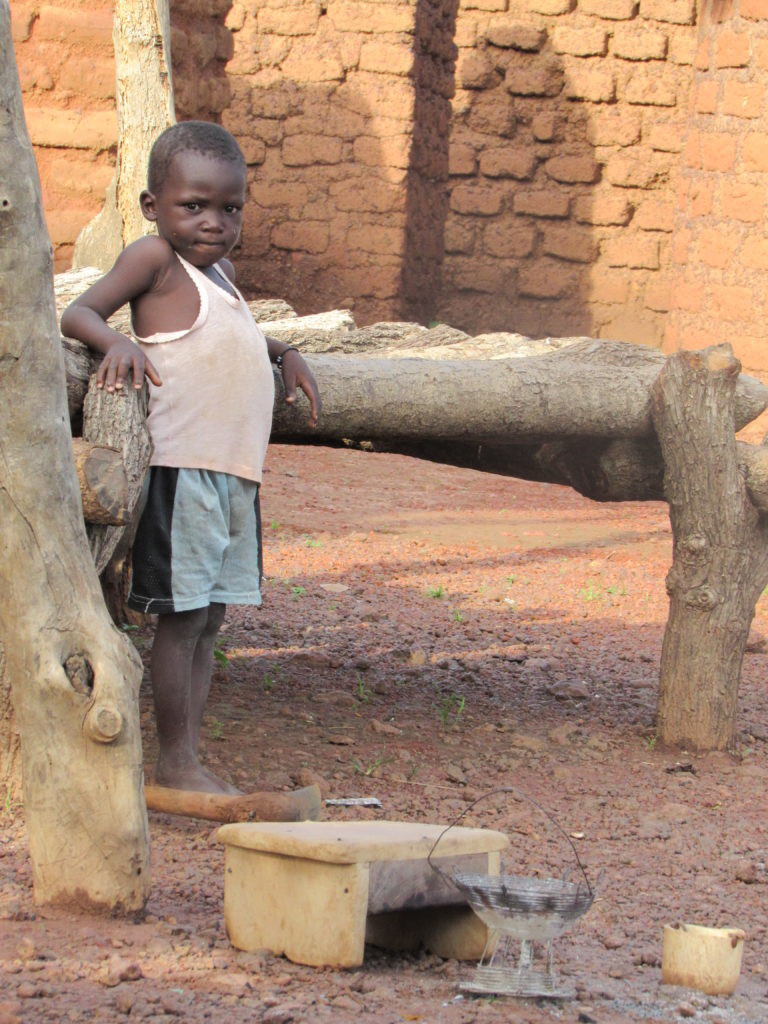 On my first morning there I was visited by my neighbor, a woman named Djelica (“JEL-ih-kuh,” like “Angelica” without the “An”) a few years older than myself who has a beautiful smile and had a cup of water for me to drink. She welcomed me and was easy to talk to. She was patient with my mediocre Bambara and was eager to start teaching me words in her other native language, Senefou. She wanted to learn English and you would not believe how difficult it is for her to say “Kelli Grace.” I figured out right away that I needed to be attached to this woman no matter who my host family would be. Luckily, hers was one of the contenders, and it was immediately a done deal that she would become my host mother. I never even found out who the other two families were.

Djelica is the only wife of her husband, and together they have three children who are still alive. They live in a compound with her husband’s family: husbands, wives, cowives, children, cousins, and a varied assortment of extended family all lived there. You may remember the picture I posted of Omar with his butt way in the air. I think he was a cousin. 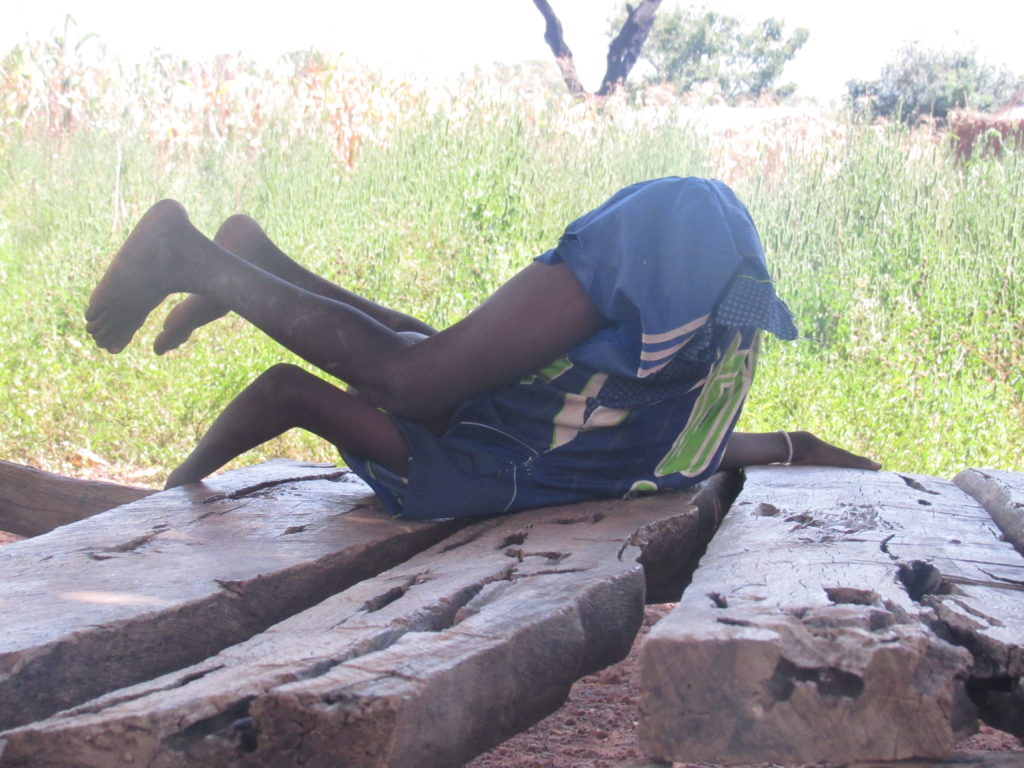 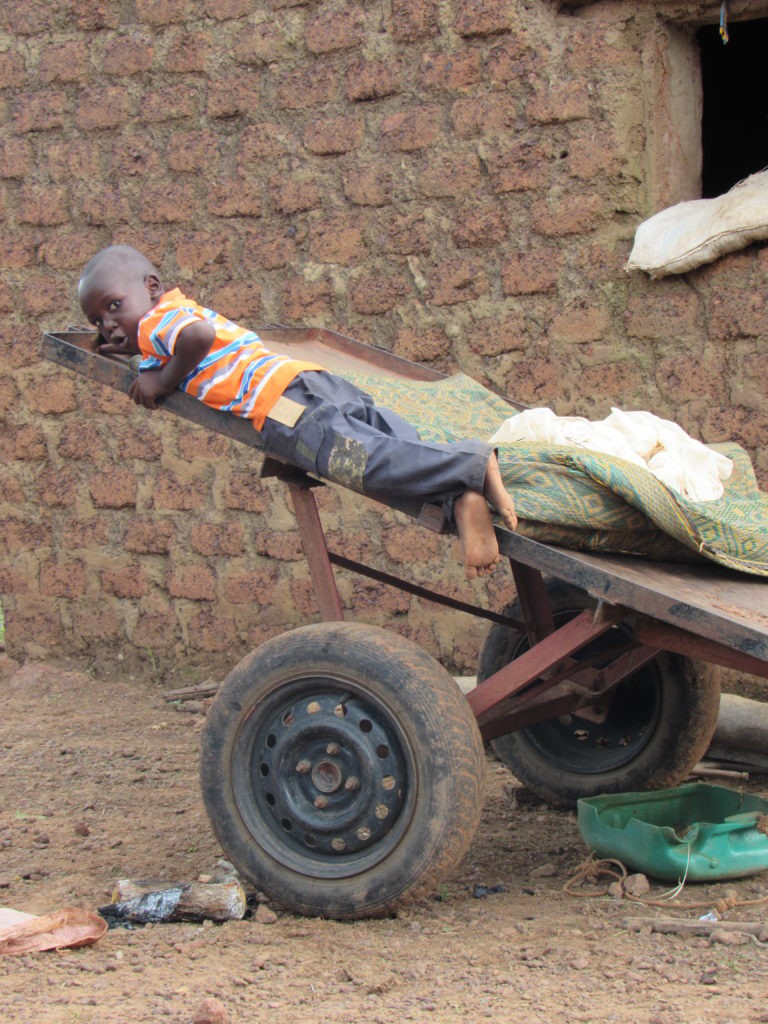 Djelica deserves a book written about her, but I think I need to pay a little homage to her son today. He is one of the most difficult things for me to miss about Mali, and I think it is high time I share a little of our relationship with you.

When I lived there Moussa was about five years old, though nobody knew for sure. We were best friends. I frequently refer to him as my shadow.

He liked asking me the names of my strange things, and I came to suspect that he actually knew the names of everything but was either just quizzing me on my Bambara or wanted to hear me speak or thought it was a game. Moussa love talking with me. He spoke slowly, which is all I asked for.

I don’t know if he was too young to go to school or just didn’t, but he spent his days helping Omar (ballpark 10 years old) herd the sheep, or chasing Djelica as she cooked, or preparing tea for anybody to drink. More than once, Djelia came to my house to ask if I had him because she hadn’t seen him in a while and he could so frequently be found getting his toes painted in my living room. 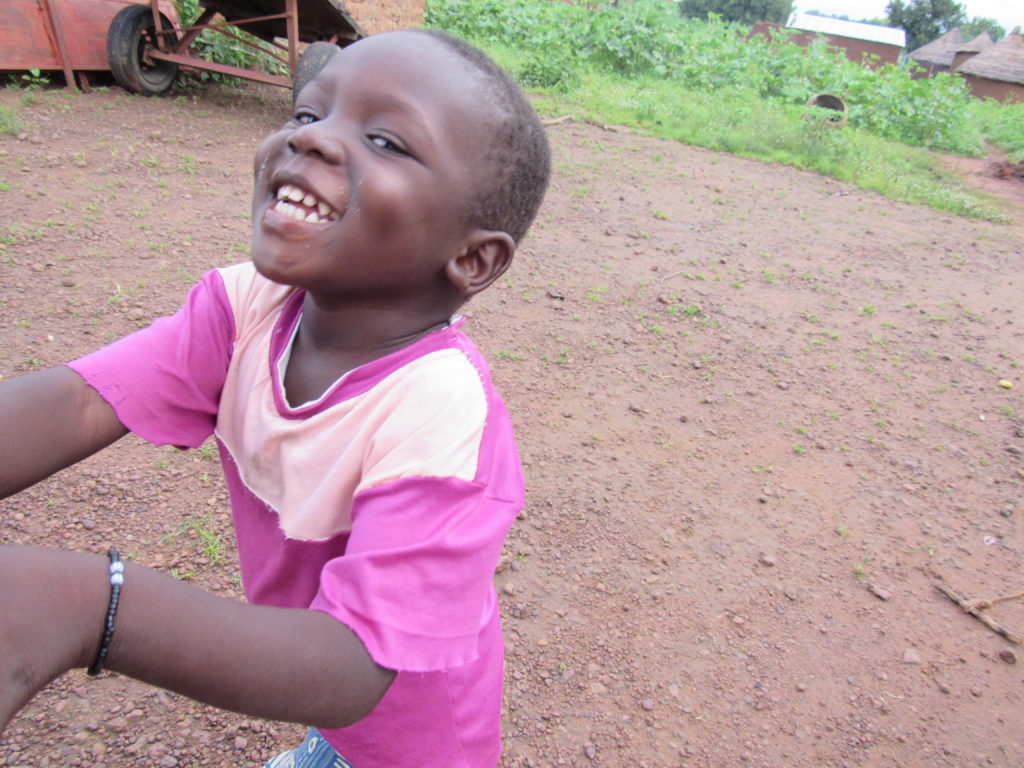 He loved to get his toes painted. Sometimes he’d come over more than once a day and ask for a new color. For the record, I drew a hard line that he was only allowed one layer of polish a day. He pushed that envelope anyway.

He always said my name in a singsong voice, and I responded with his name back to him in the same tune.

Moussa caught malaria at least once a month in the time I was there. Djelica could not afford medicine and borrowed money from me to pay for it. She paid back everything she borrowed. I left her six times as much as she had ever borrowed from me when I left.

Moussa loved motos. I’m not sure what we call them in English. To this uneducated person, they look like something between a moped and a motorcycle.

An older boy once hit mine and Moussa’s sister. She fought back but suffered another blow and ended up in tears. I was the first adult on the scene and arrived there after the fight. As I began inspecting my sister’s sore spot Moussa started searching for the best rock to throw at the boy. I had never seen him so livid. He was five(ish), and ready to throw a rock at a 12-year-old boy because he hit his big sister. He reluctantly set it down only after I scolded him for wanting to hurt another person.

The last time I saw Moussa, he was as sick as I had ever seen him with malaria. He fell asleep on my lap. I returned to my village several days later to pick up my things, and he was not there. 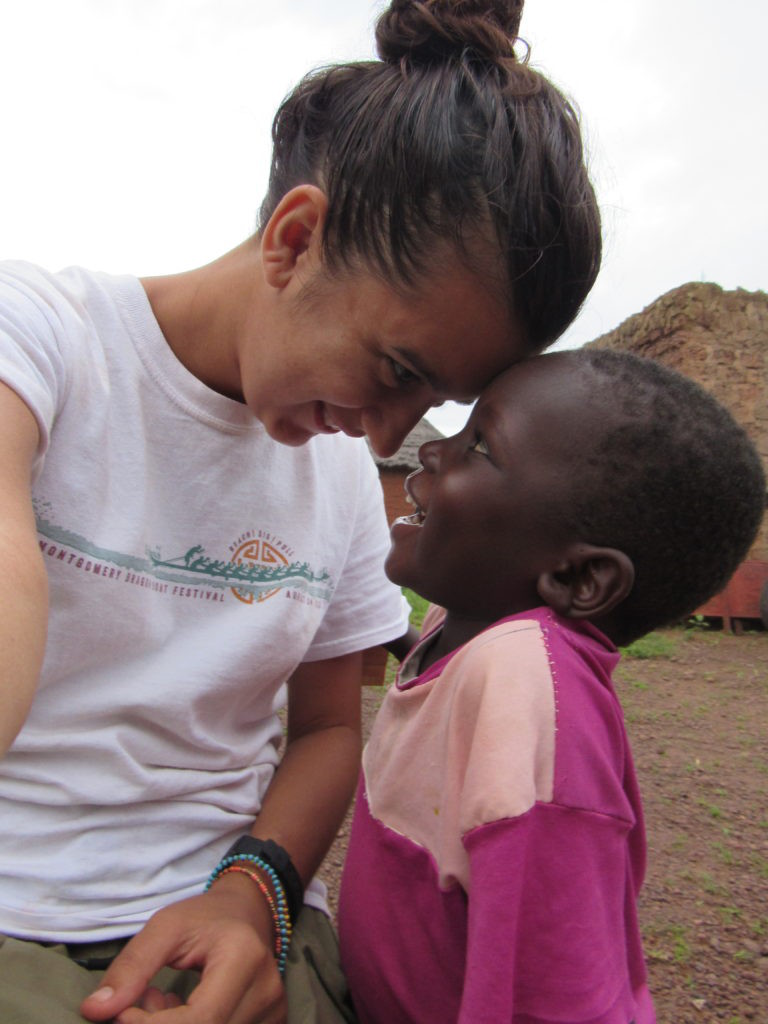 4 replies to “The Boy in the Picture”