We all know Wal*Mart is the devil and we shouldn’t support them because they make starving, orphaned 3-year-olds in Indonesia knit their clothes with their dead mothers’ hair as well as sell sugar that has been harvested by modern day slaves in a secret underground colony in the Caribbean.

Unless, of course, you are very broke. Then it’s ok to support Wal*Mart.

For those who are broke and need to maintain their hair, a wash and cut at the Wal*Mart Smart & Style Salon is $15. I held out for a long time from getting a haircut at Wal*Mart because, let’s face it, it’s Wal*Mart.

But, on that gray day in Potsdam when I decided to chop off all my hair two years ago (here’s a picture, in case you haven’t been on my journey since then), all of the salons in Potsdam were closed…except for the one at Wally World. And, let’s face it, those were my most broke days and the $15 shampoo-and-cut deal was pretty appealing. 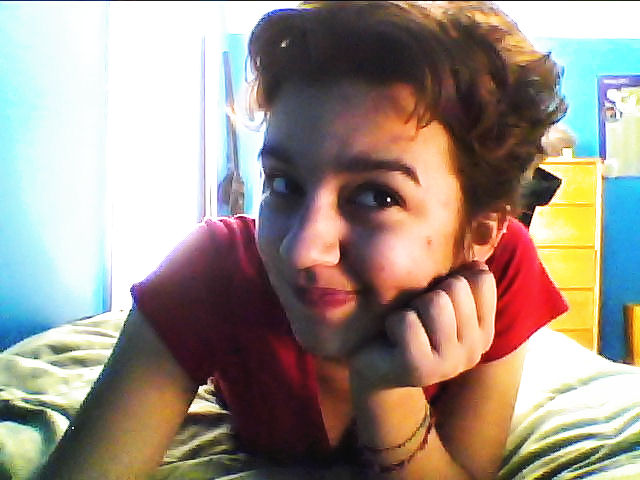 Maybe it was because I was 19 and thrilled to just be doing something different with my life, but I loved it. Wal*Mart became my go-to for trims and cuts, and I even began requesting a favorite hairstylist. Kudos, Potsdam Wal*Mart. You know how to give a decent haircut.

And then the world went dark, and I moved to Alafuckinbama.

It probably would have been wise to have asked one of the lovely ladies I know where they get their haircut. It seems like most females in Alabama are flaunting 80’s styles and ridiculous hues, and I’ve been holding off on a visit to Wally World for a little while. But, alas, due to my tendency to get a haircut within 5 minutes of deciding I want it cut at all, I headed to Wal*Mart.

To be fair, the cut itself actually wasn’t so bad. I asked for a trim, and that’s just what I got. In fact, I don’t have any pictures of the new ‘do, because my stylist hardly did anything at all (though she still charged me $15). But here’s what made the experience less-than-desirable:

When getting a haircut, even a trim, every woman expects to walk out of the salon looking and feeling like Heidi Klum. It’s true, all females do it. We want our stylists to work their powers to turn our dry, dull hair into that of a Victoria’s Secret Angel.

I walked out with a slightly moist, sleek ponytail.

How did this happen? Why did I feel like a 14-year-old softball player with way too much gel in her hair? Why wasn’t every AlabaMan in that Wal*Mart hitting on me?

Noticing my naturally-oily hair, my stylist gave me a deep-conditioning treatment in addition to my shampoo. Oily hair is never fixed by adding more conditioner. My hair was slimy when I walked out.

After explaining that no woman wants to walk out with wet hair, she started blow drying it (even though that cost an extra $3). Before she finished blow drying it, she combed it back into a sleek pony tail. What woman on this planet wants a half-assed job getting her hair blown dry, then have it combed into a pony tail? And yes, I told the stylist I usually keep it in a pony tail. But it’s my scrappy, thrown together one. I haven’t had a sleek pony tail since my softball days. And even us pony-tailers want to feel like Victoria’s Secret Angels after a haircut. Last I checked, Heidi Klum does not wear her hair in a pony tail when she’s modeling our nation’s sexiest undergarments.

And finally, after her grandkids came in, she started telling them she couldn’t buy them treats because no one had tipped her yet that day. She decided not to charge me for the deep conditioning treatment or the blow dry treatment, and guilted me into an extra tip.

Like I said, the cut wasn’t so bad. But every woman knows a haircut is more than just a haircut. It’s the pampering experience that makes us feel sexy for a couple of hours that makes salon trips, even to Wal*Mart, worth the $15.