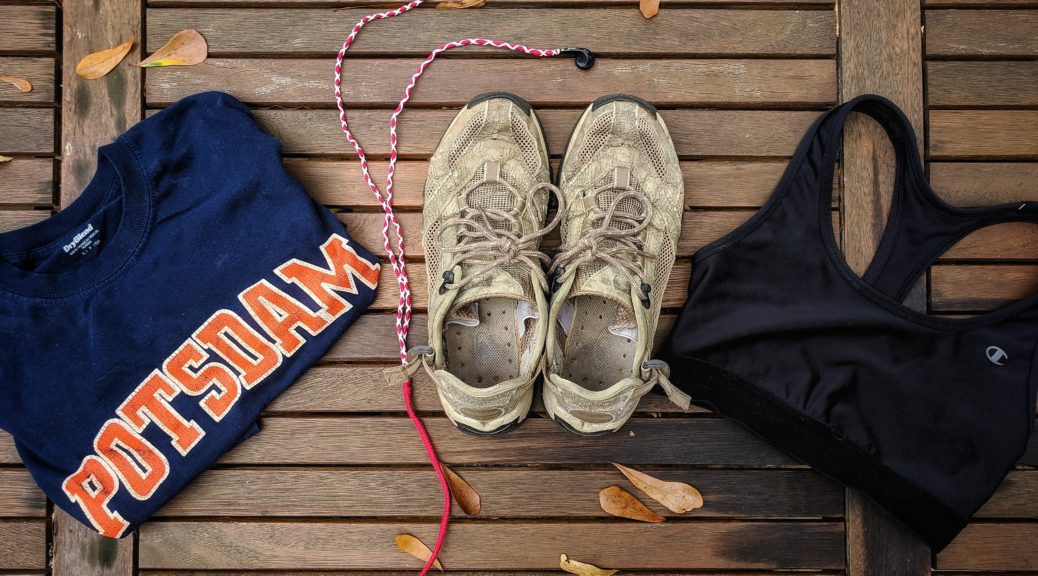 I am participating in a couch to marathon program and I do hope you will join me, or at least give me a few tips.

Before you write my antics off, you should know that there are a gabagillion stories of people who completed “Couch to Marathon” in under a year. Which is, by the way, my goal. I am committing to running a full marathon by July 2018 and I started my training about a full month ago. It makes me nervous to publish this because despite all of Montgomery hearing nothing but my dithering on about running for this past month, I haven’t announced it to internetland. Now it’s really real.

I have the discipline now.

I am not a natural athlete. I studied dance in college and I lettered in both dance and dive in high school, sure, but dance and dive does not an athlete make. I’m used to toenails falling off, but that is about the extent of my preparation. Loss of toenails. Yay.

Why have I committed to running for stupid distances in stupid amounts of time?

So called “self-care” has been a thing of myriad internet posts as of late. Unfortunately, this usually manifests as “take as many bubble baths as you want, you glamorous bitch.” I have found, in contrast, that self-care doesn’t look like a thousand bubble baths. In fact, it looks an awful lot like self-discipline.

Self-discipline is an option that I suspect many of us do not realize we have. We have the choice, every single day, to lead a better life. We can choose to eat healthier, to exercise more, to enjoy our friends’ company…all for the benefit of our own sanity. We are allowed to choose sanity; which is, by the way, a crazy realization. It only took me twenty-six years to figure it out.

Ok, enough with the existentialism. I don’t claim to have any inkling about how psychology works. What I mean to say is that I’ve learned, through a ridiculous amount of lessons, that I am the only one in charge of my future and happiness.

One day I said “Fuck it.” It was really that simple. Marathons always seemed impressive to me and running has always been on my list. It’s right up there with getting over past relationships and solving world hunger. Right now, as an online grad student and self-employed web developer, I have all of the time in the world to train. I can focus on my health, my sanity, a friend’s suicide, the Peace Corps evacuation, and a thousand other things that don’t concern anyone else but me. And all at the pace that I wish.

And so I mapped out a reasonable amount of time to train for a marathon and scheduled it backwards from there. I am almost at the end of my Couch to 5k program and then I begin my 5k to 10k regimen. After the 10k is the half marathon, and then finally the full marathon. I signed up a friend to do it with me and not only has she stayed committed to the program, but that bitch is outrunning me right now.

I am not prepared. I’m running in old t-shirts, a pair of workout pants from TJ Maxx, and a pair of ten-year-old hiking sneakers*. My equipment sucks. My mile time sucks. But, you know what? Whatever. I’m finishing it. My ass looks greater than it ever has and I am following through with something.

My first official 5k is December 2nd and it is called a “Jingle Bell Run.” I’ll be the one wearing the menorah.

*Don’t worry I plan on upgrading the shoes asap

5 replies to “I am Doing a Couch to Marathon. Yes, Really.”