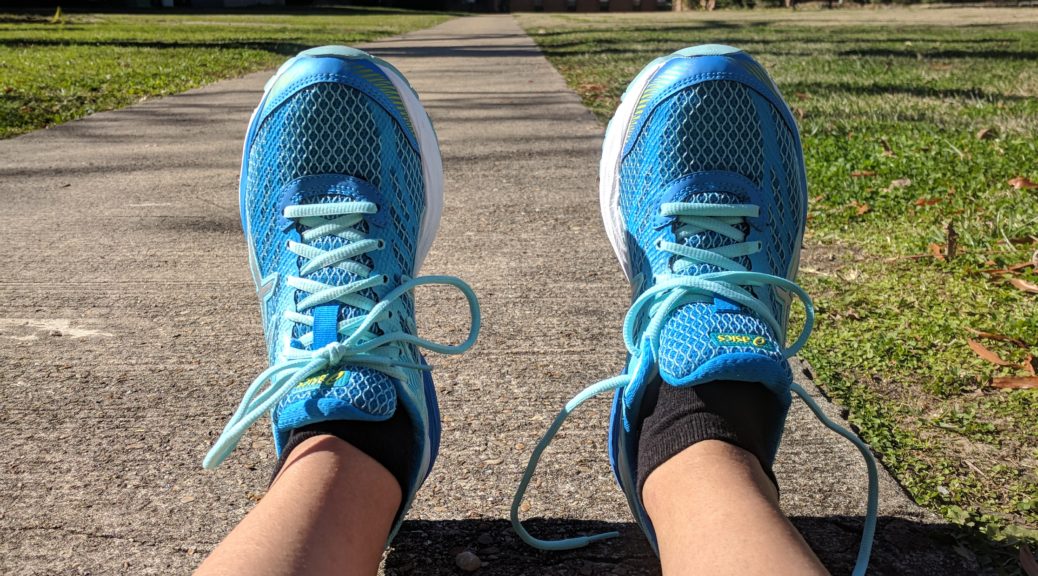 The marathon training is going great, thank you for asking. I ran a whole two miles today!

I’m training for a marathon because why not? It’s a bucket list item. Doesn’t it seem like a really hard thing to do? I started from the couch, because nothing I do is easy.

Training began less than 24 hours after I decided to do it. I checked out how long it took other people do complete a Couch to Marathon and mimicked their schedules. I have my sights set on July. My training schedule is comprised of a bunch of other training schedules glued together. Step uno was Couch to 5k. I’m now on a 5k to 10k plan with a goal of being able to run 6.2 miles by January 31st.

I’ve been nursing a wounded foot for nearly two weeks now. I was generously gifted a pair of beautiful, wonderful, super duper quality running shoes to replace the 10-year-old sneakers I’d been training in. Impatient for their arrival and feeling confident I could put in some serious distance, I set out on an overly-ambitious 5 mile run in the old kicks. This was nearly double my previous longest run.

The next day I enjoyed fierce foot pain and the arrival of the new shoes. I attempted a run in them anyway and my foot has yet to forgive me.

And here we are. I’ve been icing, taking drugs, practicing witchcraft, and falling on my bike. The last one is counterproductive and I don’t believe in the supernatural, but I think the ice and ibuprofen has been helping. Yesterday I set out on my first run since the Run of Doom and put away a mile in record time. Today was a two-miler.

All this to say: I’ve learned a lot about myself since I started climbing this mountain two months ago. If you want to get really cheesy, what I really am tryna say is that I am fully capable of running that friggin marathon come July.

One reply to “Couch to Marathon Training: 5k in the Books, 10k Up Next, and The First Injury”