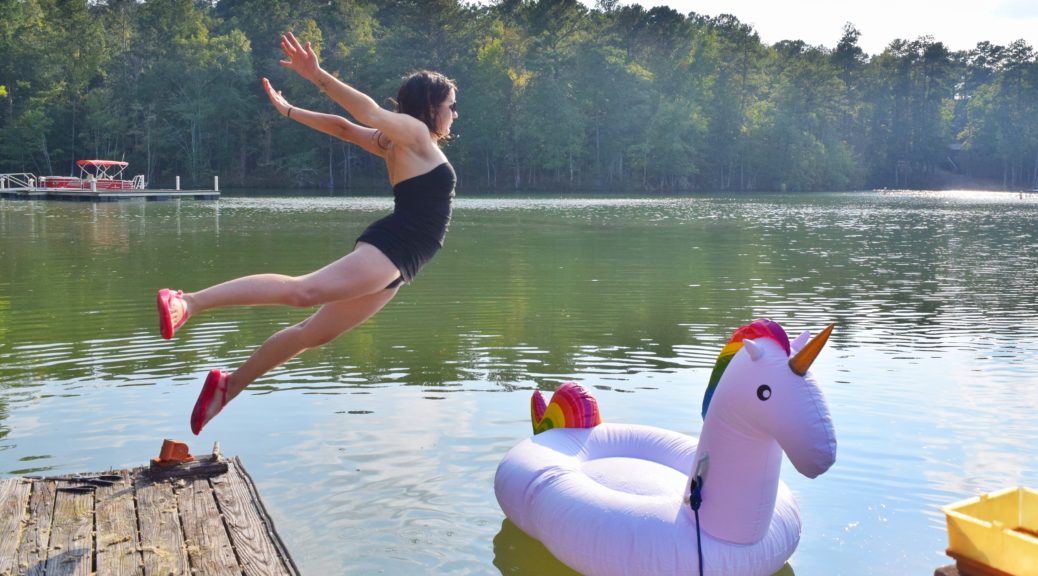 Actually, life isn’t that bad and you deserve a slap in the face. Wake up, sheeple! Mac n’ cheese exists and so do people who flirt with you.

I secretly like the flirting. My fragile ego needs the occasional confidence boost, even though I know I’m supposed to remind people to like me for my dazzling personality. Butt slaps are never welcome but flirting? I’ll take it. We can both pretend my acne scars don’t exist for two minutes.

Burritos, kittens, and gin martinis exist and isn’t that wonderful?

We can create and I want you to create even more. That’s your homework. Even if it’s garbage, just keep going until your fingers fall right off. Fingers are overrated anyway. Someone somewhere appreciates your craft. I probably don’t because I don’t know what I appreciate, but I’ve seen people cry over dumb things.

I raise my glass of ginger beer to you, friend. You’ve made it this far. Remember the first time you rode a roller coaster? That shit was scary but you made it. Look at you, still existing and stuff. The current hurdle is no different than your first roller coaster.

I woke up terrified this morning. Straight up shit-my-pants terrified. I bolted down the stairs to see what the fuck was happening and to protect the house because those useless mutts were still snoring. Turns out I had a nightmare but you know what? I’ve got shit to protect and my instinct was to forget the injury in my leg and subsequently run towards the (imaginary) danger. Now I’m limping but I learned something about myself today: I’ve got shit to protect. I bet you do, too.

I’ve got jobs I don’t loathe and friends who ask if I’m ok. I recently discovered the deli counter at Publix and you would not believe how strong my sandwich game is now.

Men who dance. Oh my god, men who dance. Those exist! They can be gay, or twelve, or annoyed with me, but I spent a lot of energy on the road to being a professional ballerina and goddamn if my untamed love for moving will go to waste.

Life isn’t that bad, I promise. We exist on the same planet as narwhals, which I only recently discovered are real.

I celebrate the existence of coffee.

There is still a lot of work to do on this space rock but things are changing and I’m almost certain it’s for the better. We’ve seen the legalization of gay marriage in our lifetime. Sarah Palin and Hilary Clinton paved the way for female executive branch candidates. It’s getting real, folks. We’re in the middle of a tidal wave.

When I crave Cheezits, I eat Cheezits. When I’m sad, nobody makes fun of me for crying. When I’m happy, I tell my mom. Not everybody gets to eat, or is granted dignity, or talks to their mom. I do.

I’m guilty of forgetting the gorgeous things. Don’t forget to tell your friends you love them. Mind your manners. Let that car merge (but not if they’re genuinely being a dick).

I like to drive. I sometimes miss Los Angeles traffic because it gave me so much time with Kacey Musgrave lyrics. Boy, can I belt ’em with the windows down. On my twenty-fifth birthday a stranger caught me dashboard drumming and laughed, then joined in on the fun.

I will be twenty-seven and it’s soon enough that it’s time to start rounding up. My life has been filled with people and places and things. So many nouns. And there’s going to be so many more! Think of all those nouns that I’ve yet to encounter. I want to smooch every single one. That’s an exaggeration. I’m sure some will suck. But the others!

By the time I’m twenty-eight I’ll be doing different things with different people. Or maybe similar things with similar people, but the point is that there’s something to look forward to. Think of the nouns.

I’m renewing my passport. Travel exists and so do people who are dying to meet you.

Life isn’t so bad. We meet new people and try new things and we laugh. Dad jokes are my favorite, followed by “your mom” jokes, followed by any humour comparable to that of a twelve-year-old boy.

I don’t mean to disrupt any wallowing, but take a deep breath and zoom out.